August 7, 2012 Addiction Comments Off on BRC Alumni Stories: Libby A.

**The following is a personal story of addiction told by the individual who experienced it. BRC asks that you please be respectful when leaving comments. At the same time, we also welcome and encourage you to share your personal story of addiction and recovery as others embark on their own journeys to permanent sobriety. Email us today at RecoveryInfo@brcmultisitede.wpengine.com.

As far back as I can recall, this disease has manifested in my life through separation. Beginning at a very early age, I felt somehow “different” than everyone else, almost as if others had a secret to life which I wasn’t given. While I had an amazing childhood and a remarkably wonderful family, I could never quite shake the feeling of dissociation from all that I observed going on around me. I sought to fill this existential vacuum through many avenues, namely education and intellectual acumen.

When I first discovered opiates, after a car accident, I felt that I was finally able to merge with the life I saw happening for others…after years of holding my breath, I could finally breathe. Initially, I felt that I had finally discovered a solution for my internal angst. I did not realize this was the first manifestation of a physical allergy, and that things would quickly spiral out of control.

As the years progressed, and a casual habit turned into an addiction I became willing to sacrifice anything to protect, I sunk to a level of inner despondency I had never before known. Eventually, the internal and external consequences piled up so high that I was unable to differentiate the true from the false.

Intervention From a Higher Power

A Higher Power intervened and placed me at BRC Recovery. While I initially attempted to manipulate and intellectualize the truth that was being given to me, I did eventually reach a “jumping off point,” realizing that I could no longer imagine my life with or without drugs. With nowhere left to turn, I delved wholeheartedly into the work at BRC, and had a spiritual awakening as a result.

This level of introspection, admission of my truth, and fearless fact-facing was difficult at times, but granted me the necessary freedom to seek the true power that my life had always been lacking.

Today, I am no longer separate from the rest of the world, nor do I require a chemical substance to change the way I feel or enable me to live life. Through working with others, and eventually beginning to work in the recovery field myself, I have discovered that God was there all along. The difference is that I now have access to the power that enables me to live the life that was planned for me. Had I not been placed at BRC, not only do I doubt how long I would have lived, but I never would have been able to participate in a life that surpasses my wildest dreams. 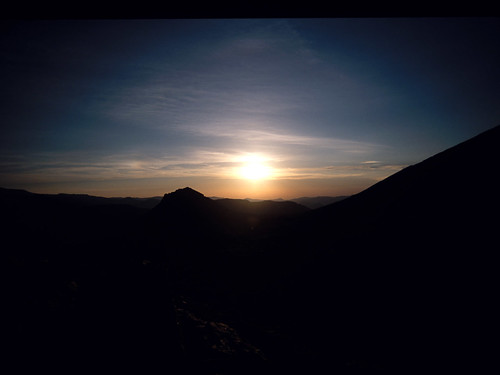