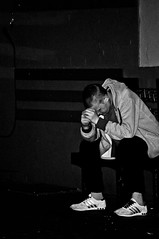 This question has sparked a long, ongoing debate between healthcare professionals and research scientists. And in the book Substance Abuse and Emotion, this recurring debate is boiled down to one of two general assumptions:

The Effects of Drugs & Alcohol on Emotions

Historically, throughout human evolution, psychoactive drugs induced emotions that signaled increased fitness- NOT happiness. Humans would feel a sense of euphoria only when their fitness levels were high- not when their fitness levels were low. Today, psychoactive drugs are taken and used in order to recreate this same euphoric feeling, but may, in fact, act as a pathogen on neural circuitry [source].
Today, it may be argued that drug addicts use drugs, not as a means of increasing their fitness levels, but rather as a false sense of ‘making them feel good’ or projecting the pretense of having a positive effect on their bodies. When looking at the effect of alcohol addiction on addicts, author Tammy Saah postulates that if the perceived emotion before alcohol consumption is negative in nature, then the addict likely has little control over their alcohol use, drinking as a coping mechanism. If the perceived emotion prior to consuming alcohol is positive in nature, then the person is said to have more control over their use of the substance, drinking more in order to enhance the positive emotion that they are feeling. Saah goes on to state:
Since alcohol consumption alters normally functioning cognitive processes, it does not prove to be equal to evolutionarily superior internal coping mechanisms. Instead, alcohol mediates not only negative feelings by their suppression, but also encourages the habituated continuance of positive emotion. Recovering alcoholics often document reasons of relapse surrounding the drive to compensate for negative feelings, resulting in a motivation to cope and therefore to drink. [source]

Psychological Dependence on Drugs and Alcohol

Substance abusers may develop an emotional attachment to drugs and/or alcohol based on how it makes them feel. This is because substances such as drugs and alcohol interfere with the brain’s neurotransmitter, dopamine, which is responsible for making us feel ‘happy’ or ‘relaxed’. Addicts abuse more drugs and/or more alcohol in order to maintain  the level of pleasure or relaxation that they are feeling, never realizing the extent of the damage that they are doing to themselves or their loved ones.

As previously discussed in our other blog post, substance abuse DOES have a negative impact on emotional maturity. By abusing drugs and alcohol, addicts put themselves at an increased (and probable) risk of neuropsychological deterioration, making it difficult for them to recognize as well as process various emotions such as happiness, surprise, fear and sadness- as well as stunting their emotional growth in terms of the relationships that they keep with those around them.

According to a publication in ScienceDaily, throwing back a couple of cocktails in your 20s doesn’t necessarily constitute emotional immaturity or substance abuse. However, if one continues to make a habit of drinking and abusing alcohol into their thirties, then it becomes a different story.

Rachel Winograd, a researcher and doctoral student at the University of Missouri conducted a study that examined emotional maturity and alcohol use and found that when participants were interviewed at 25 years of age, some showed signs of alcohol use problems, but did not report any feelings of immaturity or lack of emotional development. However, when the same participants were interviewed later at the age of 29 and then again at the age of 35, there were individuals who showed signs of alcohol abuse and/or dependence as well as self-reported feelings of immaturity for their age.

Regarding the study, Winograd interpreted the findings as suggesting that when you are in a younger age bracket (such as 25 years old), it is culturally more acceptable to abuse alcohol. However, as time progresses and people grow older, most adults put the drinking behind them in order to focus on more important aspects of their lives:

…by 29, when many of their peers have settled down, individuals who still drink heavily may start to view themselves as ‘Peter Pans’ of partying, who never fully matured. 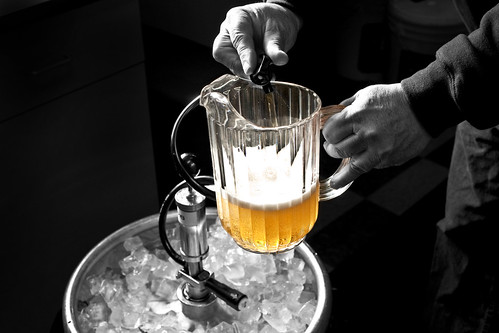